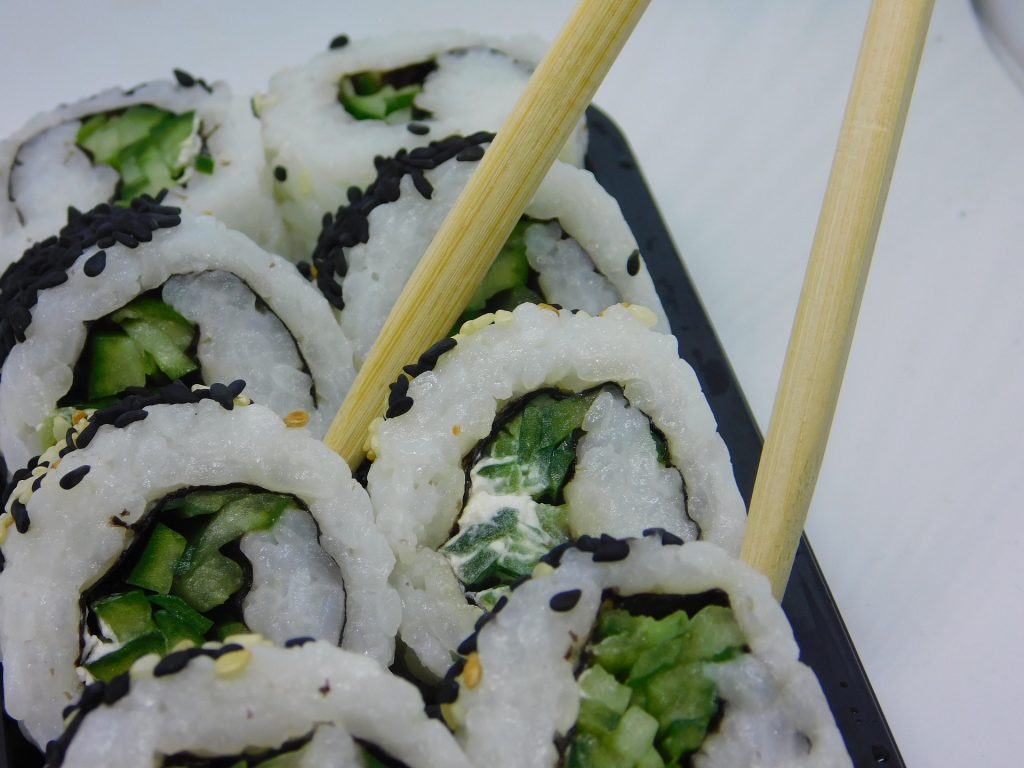 Vegans travelling to Japan – or even just a Japanese restaurant – might be wondering what will be available to eat there. While we can assure that you won’t starve, meat and fish produce are certainly a staple of Japanese cuisine and it can be hard to avoid accidental consumption in Japan, especially if you’re not fluent in the language.

We’ve created this guide to help you learn what to watch out for as a vegan who is keen to try out Japanese flavours, as well as how to make your own vegan Japanese food!

What to Watch Out For

Unless specifically labelled as a vegan dish or restaurant, you should be especially careful when you order your meal. Japanese food is often about creating a balance between a myriad of beautiful flavours and garnishes, and most of the time these items will come from meat, fish or dairy. For example, you find a vegetable ramen bowl that looks fairly safe on the menu, but find that when it arrives it comes in a meaty broth with an egg.

If you’re prepared to look through a long list of ingredients, then you’ll want to look out for things like bonito flakes (made from tuna), mini fishes that will likely be described with Japanese names and therefore not easy for a foreigner to identify as meaty (chirimen, chiriko, jako), or even fish eggs (mentaiko).

In the meantime, if you’re a vegan being dragged to a restaurant you’re not sure about by friends, here are some types of sushi that are often vegan friendly, although we’re sure that you’ll want to check with the restaurant, too, if they don’t specify vegan on their menu:

If you’re travelling to Japan and are worried about struggling to communicate your dietary requirements, JustHungry.com have created a set of dining cards that explain a variety of dietary needs in Japanese for you to show to whoever is serving you.

Making Your Own Vegan Japanese Food – Serves 2
An alternative is to make your own Japanese food. One of the most iconic Japanese meals is, of course, ramen. We’ve discovered a great vegan ramen recipe that you might want to try making for yourself in your own home, but first you’ll gave to source some key Japanese ingredients. 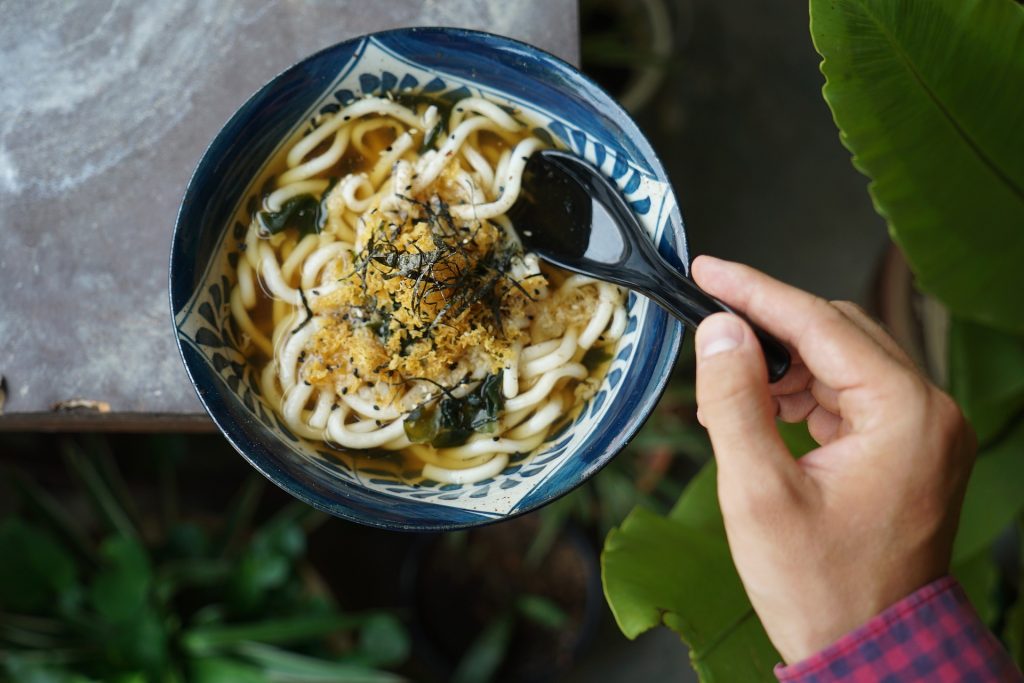 For the miso ginger soup, you will need:

We’ll start with the soup, since it is the foundation of your dish. First, you will need to simmer the kombu (a single 2x3cm piece) in 800ml water. It should take about ten minutes for the kombu to go soft, at which point you need to remove it.

Now, you need to ladle some of that kombu stock into a small bowl and whisk in the miso paste until it is smooth. Reduce the heat on the stove and stir your miso mix back into the pan with the rest of the kombu stock.

Add your ginger, green onions, and soy sauce to the mix. If the soup is too thick, slowly add more water until you are happy with the consistency.

Next, we will discuss the rest of the process.

To make the ramen, you will need:

First, you will need to cook the noodles. Follow the instructions on your pack of noodles to ensure that they cook properly. You will likely need to boil the noodles until they become soft. Once soft, place them in the bottom of the bowls you are going to serve your meal in.

Next, rinse the arame and mushrooms, then sautée them in a pan with the sesame oil and garlic for one minute. Add the pak choi and green onions and cook until soft. You can season these veggies with further ginger if you would like, or you might consider adding some chilli if you want to add some heat to your meal.

Once the vegetables are cooked, add them to your serving bowls on top of the noodles.

Finally, to bring it all together, ensure that your miso ginger soup is hot (but make sure not to boil it!) and pour it over the noodles and vegetables. Enjoy!